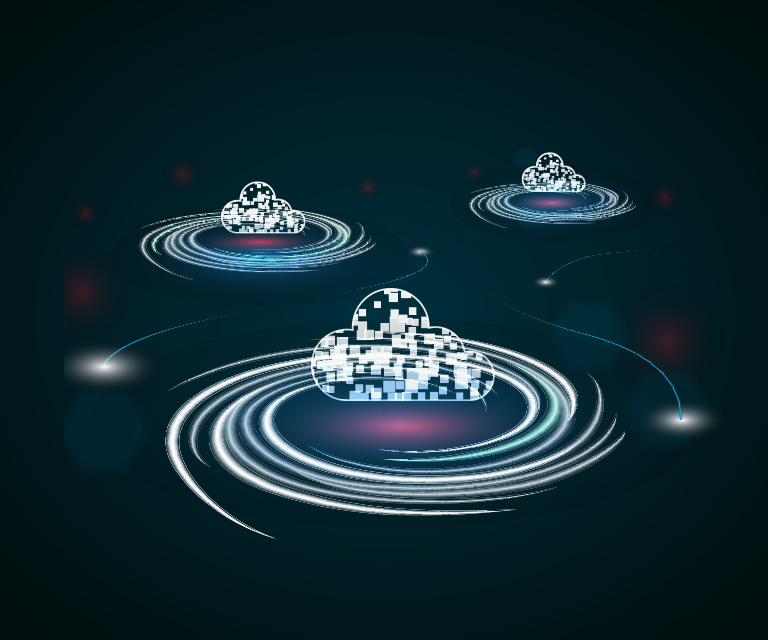 The cloud is evolving rapidly and is a tempting solution for organizations to adopt. The flexibility, accessibility, and capabilities of the cloud are prompting more enterprises every day to move their applications and data to the cloud. However, the cloud isn’t as simple as storing information in a server anymore. Different players in the industry offer different propositions and values, and enterprises are leveraging these to identify ideal solutions for different workloads and use cases – paving the way for multi-cloud.

The multi-cloud approach is enabling companies to achieve more efficiency, growth, and cost benefits, and the value of this approach is very tangible. However, the use of multiple cloud providers for different workloads of an organization has resulted in added complexities within the system. Therefore, enterprises of the multi-cloud age require solutions that can help different applications and data stored on separate clouds interact with each other.

To address this, enterprises now need to adopt the right multi-cloud networking solutions to operate a network that spans multiple cloud environments in order to deploy, enable, and manage policies, security protocols, governance, and visibility through a single point. In this article, we will discuss the best approaches for enterprises to operate a network of multiple clouds efficiently.

The complexity of the Cloud Networking

Cloud networking is a complex process involving several processes that need to complement one another to make the entire system function properly. As companies diversify their cloud environments, this complexity grows and requires different systems, often very distinct, to work together seamlessly.

The complexity of the multi-cloud can be boiled down to three major categories:

Since many organizations are moving their applications to the public cloud, it exposes them to threats and vulnerabilities, along with the incompatibilities between existing and new systems. Therefore, a networking approach must account for public cloud integrations and ensure data security and system preservation. Here are some of the elements of public cloud integration that the multi-cloud networking approach must address.

Finally, the purpose of the multi-cloud network is to ensure that multiple cloud environments used by an enterprise can be managed from a single point of view. This is to ensure visibility and standardization across different environments, providing effective control over the entire ecosystem. Here are some of the capabilities that a multi-cloud networking approach must-have for effective management and operations of the network.

As complexities increase in the cloud industry, enterprises are acknowledging the requirement of solutions that can simplify the management of the network, while improving visibility. As more industries adopt the cloud, cloud networking solutions become more desirable. Here we discuss the existing challenges that customers face with cloud networking and trends in the cloud market for solutions such as these.

Cloud networking has piqued the interest of enterprises throughout the world, with client interest rising over five times within the previous year. Industry demand for efficient solutions for managing multiple cloud environments is rapidly rising. Such interest in networking solutions can be attributed to three major issues with the multi-cloud infrastructure.

Virtual routers offered by providers are often found inadequate. Enterprises often find their cloud and DevOps teams dissatisfied with their quality as they generally do not extend beyond a VPN use case. The vRouters are found lacking cloud awareness, residing in the public cloud without being able to adapt and interact with other services. Further, the limited programmability, performance limitations, and licensing costs add to the hurdles.

A report by Futuriom found that the rapid adoption of multiple cloud environments has led organizations to seek multi-cloud networking (MCN) solutions. The report identified that more available multi-cloud and hybrid cloud in the market has led over 65% of the 150 surveyed organizations to look for MCN solutions. Further, one of the most popular use cases for MCN was to enhance data security and visibility across the network.

MCN is helping enterprises reduce complexities in their vast and elaborate systems, while simultaneously, enhancing security and visibility. Consequently, the offerings are becoming more attractive to organizations throughout the world since results are visible and replicable.

Why Cloud Networking is important to you?

Often enterprises argue that their systems are working perfectly and they wish to refrain from cloud networking solutions. However, the assumption that systems working smoothly will continue to do so is a fallacy. Further, even with systems working perfectly, there remains scope for improvement which helps the organizations stay up to date and competitive.

With the proliferating use of multi-cloud across multiple industries, organizations need to acknowledge the edge that cloud networking brings and integrate these solutions to sustain. Here are some reasons why you need Cloud Networking.

Since legacy networks operate in the vertical paradigm, they often limit the visibility of the system. To circumvent this, SDNs offer a horizontal paradigm that provides a holistic view of the entire network from a single point.

Public cloud providers often fail to fulfill the complete requirements of an organization. Since the solutions are independent and often unfamiliar with native networking offerings, feature depth, scalability and visibility become a problem.

As companies acquire solutions from multiple providers, the level of complexity rises. Therefore, a solution such as cloud networking allows enterprises to manage multiple services from the same instance.

Organizations are increasingly storing data at the Edge, where it is generated. Therefore, integration of such infrastructure with the entire network becomes necessary.

Further, the cloud networking solution also enables organizations to use Cloud On-Ramp features to connect the data center directly to the cloud provider for smoother integrations and better control.

As organizations move to hybrid solutions, solutions like MCN can help simplify on-premises to public cloud networking. The interaction between the two environments is complex and often struggles with consistency issues.

The majority of the applications are now consumed as SaaS (Software as service) from the cloud. Multi-cloud networking solutions will help you access the SaaS in an efficient way, ensuring seamless access via the shortest path, visibility, and control.

The best approaches for Multi-cloud Networking

Multi-cloud networking can be deployed in a variety of scenarios. Its capabilities extend beyond just monitoring multiple cloud environments from a single point. However, depending on the scenario there are ideal approaches for MCN that ensure maximum efficiency.

Here are the four best approaches for Multi-cloud Networking:

In a hybrid cloud scenario, since on-premises networks need integration with the public cloud, the multi-cloud networking approach should include extending the data center or private cloud SDN of the enterprise. SDN solutions such as Cisco ACI and NSX must be extended to the public cloud to build a hybrid cloud network. This is a preferred scenario where the majority of the workloads still prefer to be on-premises and continue to have a hybrid model.

To deliver the best solutions to our customers, Microland has partnered with Aviatrix, a leading provider of cloud networking solutions. Aviatrix’s cloud network platform is a popular solution known for its capabilities of enhancing security and visibility across the network.

The complexity, dynamism, and the ever-evolving cloud environment, especially the networking and security layer needs modern operating models manage effectively and efficiently. SmartCloudOps is Microland’s cloud operations solution that helps customers optimize and manage their cloud environments through a combination of tools, processes, and methods like AIOps, GitOps, Infrastructure as Code and, Site Reliability Engineering.

At the core of SmartCloudOps is SmartCOP – A cloud operations platform that provides a single view and management model for the components such as compute, network, storage, containerized and serverless workloads in your public and hybrid clouds. It provides full-stack observability, 360-degree governance, consumption optimization, and automated configurations, drift detection and management all using an Everything as Code approach.

Microland is a leading provider of SD-WAN with several years of experience and expertise under its belt. As a solution delivered as in-service model, our smartBranch SD-WAN service is built on that expertise. It is an end-to-end solution for all SD-WAN requirements from conception to delivery, and ongoing support and management.

With a solution like smartBranch SD-WAN, organizations can accelerate their SD-WAN transformation and upgrade their branch, multi, and hybrid cloud networking experience. With the help of the solution, enterprises can leverage Cloud On-Ramp, remote connectivity, and branch connectivity.

Microland’s Network Assurance Platform or NAP is a state-of-the-art solution that helps enterprises accelerate network transformation. Enterprises can enhance their cloud networking approach with the platform through its analytics, automation, and AIOps capabilities.

While embarking on the cloud journey it is important to choose the right approach, partner, and right design. Microland with its extensive experience can help in choosing the right design and approach, and delivering the same.

Ramesh N.G, Senior Director - Digital Network & Security, Ramesh comes with over 22 years of experience in driving innovation in networking services with key focus on SDN Solutions & IPs development. Ramesh is part of several leading industry forums in the Networking industry such as OpenStack, IEEEE, etc. In Microland, Ramesh’s focus is on driving our solutions & IP development in SDN, Automation in Network, and Cyber space.